Crossing the Line: Advocacy vs Abuse

In recent years I have become a huge proponent of peer support in health care.  We have been lucky enough to have been influenced by many other families who are going through circumstances similar to ours.  We need quality role models to help us all become better advocates for the people we care for.

There are many character traits in people who I have seen who I believe are quality advocates in health care.  A relentless thirst for knowledge and information.  Persistence in the face of many obstacles.  Empathy for the person they are caring for and exceptional skills in negotiation to convince our teams to listen to our concerns.  The one trait that is rarely talked about is that of basic manners that we were all supposed to be taught as kids that some think they can be excused from just because they are experiencing an adverse situation. 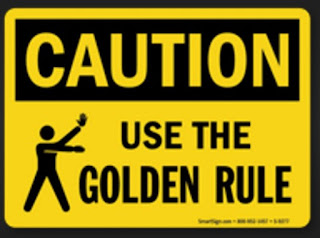 I wrote this post after I read a blog a couple of weeks back from a noted blogger, Carolyn Thomas, who has a phenomenal blog (Heart Sisters) that contains a wealth of well researched topics related to women's heart health.  The topic of this blog post was about the poor behaviour of some patients and why it isn't an excuse to abandon some of the most basic manners we were taught as children.  It's a great read and applies to many other aspects of our lives.

Heart Sisters: Being Sick Doesn't Excuse Being a Jerk

I read this blog while I was enduring a "loud mouth" in the Pre Admit Clinic while we were preparing for Susan's (my wife) heart surgery earlier this month.  Apparently this "person" thought the more obnoxious he was the less time he would have to wait.  I've seen this kind of thing before.  It is surprisingly common.

In our journey through the health care system I have seen many examples of reprehensible behaviour by patients and families.  They range from terse words to what I would consider outright abuse.

I have seen parents place webcams in their children's rooms to "spy" on staff.

I saw one "Mom" verbally abuse staff on a regular basis.  The abuse was so bad, and so frequent, that nurses would routinely leave this child's room in tears.  It turned out that this "Mom" was a crown prosecutor and used her considerable skills to prosecute the hospital staff on almost a daily basis.

One situation I found particularly disturbing.  During one of our stays Pediatric ICU we observed a parent who's child had just come out of surgery. As it got later in the evening the parents were preparing to depart the ICU and head home for the night.  Without warning the Mom absolutely "lost it" on her bedside nurse.  This took a lot of people in the ICU by surprise as everything up until that point was very amicable.  Without any provocation there was this sudden explosion of vitriol.  After the "dust up" the parents quickly departed for the night leaving the staff puzzled and wondering "what was that all about?"  I knew what it was.  The parents in a premeditated manner were sending a message before leaving their daughter's bedside.  "Don't you dare leave our daughter's bedside...or else!"  A not so subtle bullying tactic. Scripted and staged for maximum benefit. 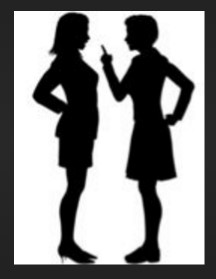 It is true that many of these families were dealing chronic or life threatening health issues; but does that excuse the abusive behaviour?  Not at all.  In fact they risk alienating the people who were in the best position to support their family through a very difficult time.  They also isolated themselves from other families who could have provided much needed support.  Instead, they chose a very unfortunate path.

The examples I have cited are extreme.  However, it is these experiences that have made me think of how I can advocate but still be respectful.  Many time we as caregivers and patients can be impatient or less than respectful with health care staff.  Advocacy is about walking a very fine line between being engaged and proactive or being obnoxious and rude.  At times we all need to take a deep breathe and ask ourselves "Am i being part of the solution - or part of the problem"?

Being a strong and effective advocate does not mean we have a license to behave in any way we like.  We are imperfect humans dealing with a health care system that is also less than perfect.  Differences of opinion are inevitable.  Should we accept everything our health care providers tell us?  No...but that does not mean we need to revert to infantile behavior and risk alienating our care team.

As I stated in the beginning of this blog, I am a strong proponent of peer support.  Families, caregivers, and patients supporting each other.  When you meet others who are going through similar experiences there is an instant connection and understanding that Doctors and Nurses just can't provide. We all get frustrated and that is why it is important to talk to others and share our experiences. We can discuss what works and what doesn't.  It is a critical support network.  I think being able to confide in another person who "really" understands what you are going through is an effective way to vent some frustration that may prompt some less than desirable behaviour.  Peers can also suggest proactive strategies for effective (not destructive) advocacy.  Peers can also tell you...perhaps you were a little out of line.

The bottom line is that although I have seen medical professionals behave in a less than respectful manner, the same can also be said of some patients and families.  Respect is a two way street and in no circumstances is abuse of other people ever acceptable regardless of your circumstances.