Charlie Gard: A Matter of Trust

A complex medical ethics case has been playing out in a Children’s Hospital in London England.  Charlie Gard was born last August with a severe genetic disorder which affect his brain, muscle and ability to breathe.  In addition he has congenital deafness and suffers from severe epilepsy.  His parents, Connie Yates and Chris Gard were seeking to get treatment for their son outside of England, against the advice of the hospital’s medical team.

This week it has been reported that Charlie Gard’s parents are ending their legal battle to seek treatment outside of the UK.  It seems this story is coming to an end.  A very grim end. 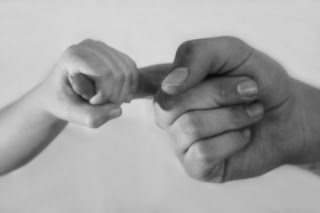 The hospital in the situation had sought a court order allowing them to turn off life support.  This has raised the issue of what a parents rights are in relation to their child’s care.  The parents, in this case, were doing what many parents posed with this tragedy would do, they would advocate for their child to the best of their ability and explore every viable treatment option.  The hospital is also trying to act in the best interest of the child and in their best medical opinion to mitigate the suffering of an infant that in their best medical opinion would not likely survive.  In their view, keeping this baby on life support would just prolong the inevitable.  Both perspectives are compelling and this case has sparked a furious debate over the future of this child.

Syndicated columnist Charles Krauthammer, in a recent interview weighed in on this debate with some succinct and credible insight.  Credible in the sense that Krauthammer is a trained physician who also happens to be a paraplegic.  Dr. Krauthammer, provides a unique perspective through his medical training and lived experience.  Krauthammer’s opinion is bluntly stated “The merciful thing to do … would be to remove the tubes and allow the child to die, and to end the suffering.”  However, Krauthammer did not stop there.  He unequivocally stated that his personal feelings aside,

"The decision to remove life support must be the decision of the parents."

This issue strikes very close to home for me and my family as my own son hovered precariously near death only a few short years ago.  We had to sign waivers and give consent to treatments that were considered “experimental.”  Some of those treatments did do harm, harm that we are still living with to this day.  Those treatments that did harm also saved his life.  This is a massive burden for any parent and my heart goes out to the parents of Charlie Gard.  The burden is made even more difficult by the fact that these parents have to not only battle their own emotional conflict but also advocate against their own medical team.

In patient advocacy circles we often talk about working collaboratively with our health care providers.  This means we work together to share information and come up with carefully considered and well thought out decisions.  In our medical journey, we had some fabulous clinicians who went to great lengths to explain our son’s situation and the pros and cons of every treatment strategy.  After several weeks in the intensive care unit we knew implicitly who was working with us and who we could trust.  “Trust” is extremely important in the health care environment.  We saw parents who went through the process of being told “there is nothing more we can do.”  We saw them devastated by that pronouncement and we prayed that we would never have to face that reality.  We were lucky.  We had a successful outcome.  Did we always agree with our care team? No.  Did they respect our opinion and give us the final say? Absolutely.  Could we have made the decision to remove life support … thankfully … we will never know; but the bond we built with our care team leads me to believe that we would have given them (our care team) the benefit of the doubt given their demonstrable support for us and our son.

It is clear to me that the trust between Charlie Gard’s parents and his care team was at some point broken or this protracted conflict could have been avoided.  We all may have some opinion on whether it is right to turn off life support in this situation.  However, it is not our decision to make.  Unless the parents are not competent to make a decision; the decision should remain that of the parents.  A decision made with competent advice from their medical team.  This is something we all need to consider when we interact with our health care system.  The fact that we need medical advice that we can trust.  This is the very basis of informed consent.  Health care is about more than diagnosis and treatments, it is about relationships and trust.  That is the tragedy behind the Charlie Gard story is the relationship breakdown between provider and patient.